Guggenmusik is relatively new to the UK and understandably not very well known!
This of course could have something to do with the fact that there are only two Gugge bands in the UK!

So, what is Guggenmusik?
Guggenmusik translates as ‘happy music’ and certainly seems to bring the best out of both those who perform it and those who are entertained by it. Gugge bands can vary in size, often as many as 60 players in Switzerland, the home of Guggenmusik.

The music they play is mostly popular music (old and new chart hits) with some traditional ‘Gugge’ pieces.

Performance is as much about visual impact as it is about the sound. The first thing that catches the eye is the colourful costumes influenced by the traditions of ‘Fastnacht’ (carnival). Swiss bands often wear elaborate head gear.

Originally associated with winter carnivals, Guggenmusik has evolved and it has taken on its own identity and has become a focal point of carnivals with bands taking centre stage and performing well polished ‘concerts’ for their audiences.

Guggenmusik bands of today give concerts that are not far removed from rock concerts with all the passion, enthusiasm, and spectacle that goes with them, not to mention their own fans that follow them. 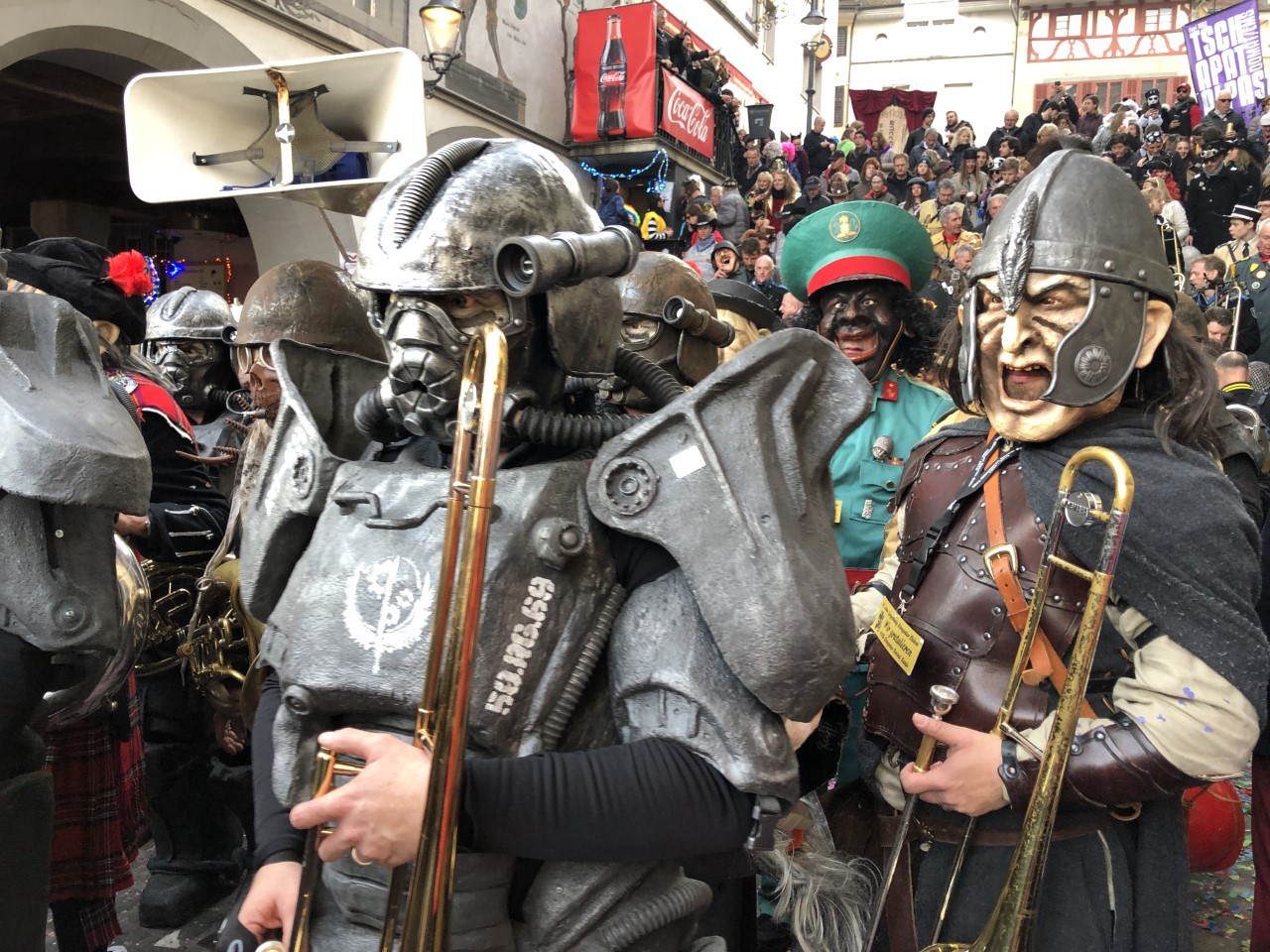 WHERE DID IT START?

For centuries there has been a tradition of groups of drummers parading through the streets of Swiss towns and cities during the week before Shrove Tuesday to frighten away the ‘Spirits of Winter’ (a festival known as Fastnacht). In 1948, in Basel, the first Guggenmusik band was formed by combining brass instruments with the drums.

Basic, discordant tunes were played by the early masked and exotically dressed Guggenmusik bands, barely heard over the heavy pounding of the drummers. The following year Lucerne experienced Guggenmusik for the first time and since then it has grown to the point that there are now around 100 bands playing in Lucerne’s Fastnacht alone (and they are all from Lucerne or the surrounding area!). It has since spread across Switzerland and has found a second home in Germany. There are now few European countries without a Guggenmusik band.

HOW DID IT ARRIVE IN THE UK?

In 1986 a Bournemouth based band took part in Lucerne’s Fastnacht as part of the twinning ceremony of these two towns. Guggenmusik was something of a culture shock to most of its members, but to one young man, Dave Brewer, it was love at first sight (so to speak!).

From that time on the band’s sound was influenced by Guggenmusik, but they had their own identity and it became clear that for Guggenmusik to be established in this country, a band dedicated to this style of music would have to be formed.

On 22 November 1998 the first ever rehearsal of a British Guggenmusik took place, the band was to become known as ‘Gugge 2000’ and the rest, as they say, is history. 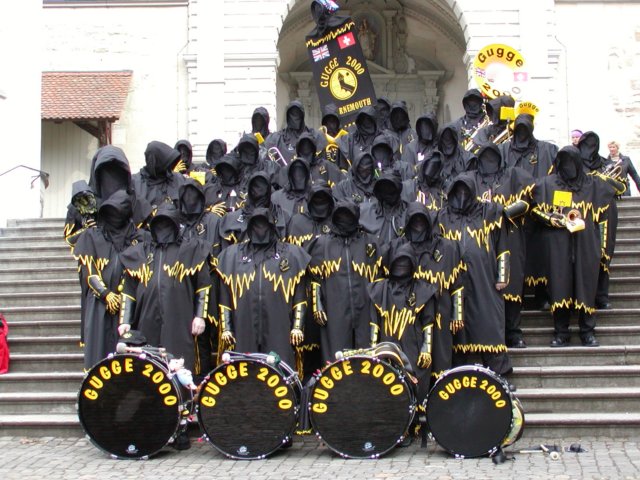 Menu
We use cookies, which are small text files, to improve your experience on our website
Ok